A CANBERRA BOY EXPERIENCES TWO UNFORTUNATE EVENTS, ONE AFTER THE OTHER, IN ONE MORNING 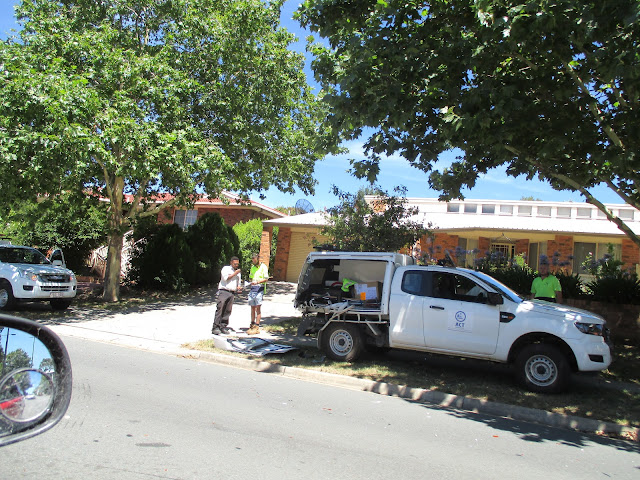 Pictured above is the ACT Government ute that was hit while parked. 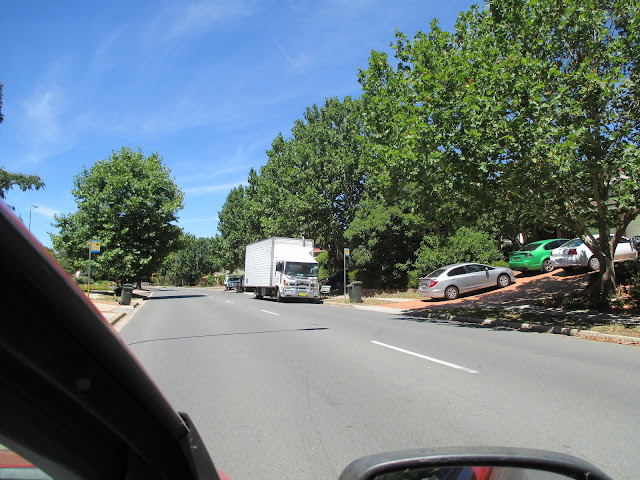 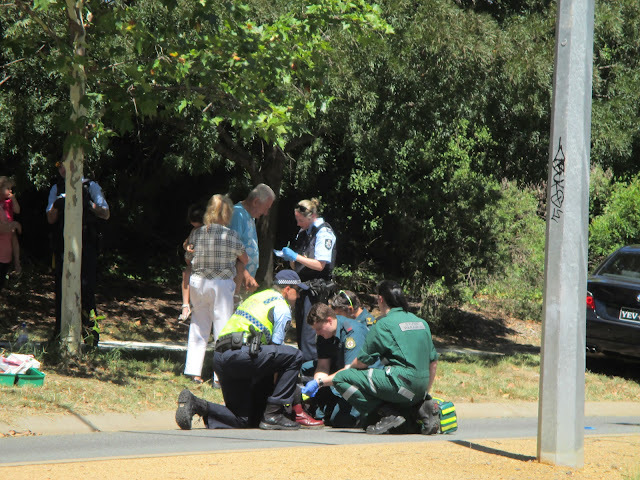 Pictured above are the paramedics and coppers attending to the badly injured young lady after she had been anaesthetised.
As I have indicated, I admire the young lady for how she handled her situation. Most people would be hysterical under such circumstances, but she was mainly concerned with her kids and was able to turn her mind off her extreme pain when she needed to answer the questions the paramedics and coppers asked her. And she did so in a very clear and articulate manner while her foot hung off her leg.
Although I did not need the reminder, we are all flesh and blood and very vulnerable. I was not fully conscious of that in my youth, and when I think of how my mates and I as 17 year olds would ride motorbikes and drive old cars at very high speed we were very lucky we did not cause deaths or serious injury to innocent people and/or ourselves. Most of us should not have been allowed out without a keeper.
The coppers also did a very professional job while they were there, and two of them were thoughtful enough to ask me at different times if I thought I might need counselling after the event. Little did they know that if a counsellor tried to counsel me the counsellor would need counselling after the experience.
If anyone knows the poor young lady could you please let me know if they were able to save her foot?
UPDATE 19/1/18
I was very pleased to get a phone call from the young lady tonight. She told me that they had saved her foot and that she was home with her husband and kids. She got my phone number from her mum’s phone from when I rang her mum at the time of the accident.
For more mainly Canberra-based yarns hit the Home button above.