A CANBERRA BOY REFLECTS ON HIS ESCAPES

A CANBERRA BOY REFLECTS ON HIS ESCAPES
by Dave Wheeler
Another title I was considering for this essay was, “The other man’s grass is always greener.” I will explain why in full eventually. It focuses primarily around how I missed out on having a relationship with a beautiful young Canberra girl I knew many years ago, and how sometimes such negatives, and I had more to come, can turn into positives. As usual I have brought philosophy into it.
Before going there I will, as I often do, begin from an entirely different angle. I will let the reader know that like most people I can get extreme pleasure from music. It can have a very strong effect on one’s emotions in many ways, and it can also send a message.  It takes me into another world.

I’ve done my best to develop an appreciation for many genres of music, and in doing so it probably means I receive more overall pleasure from music than I otherwise would. I love folk, and traditional rock and roll; and as I write I’m experiencing euphoria listening to the blues being played and sung by BB King and Paul Carrack. They’re doing an amazing version of “Bring it on home to me.” You may want to click on the song so you can play it as you read.
I even love the music of the Pacific, in all its forms, having spent time there in my youth. Last night I attended a party where a group of Tongan churchgoers were singing hymns, and even though I’m a non-believer the singing was so beautiful it brought tears to my eyes.
I also love some of the older Australian folk songs that were composed before Australians wrote Americanised songs and sang them in American accents. “Moreton Bay” and “The Woolloomooloo Lair” are examples of Australian songs that were written from the heart in a way that truly depicted the emotions of the composers, even though the latter song is humorous.
And Chad Morgan? I love him! I like his melodies, and I love his brutally honest and unrestrained lyrics, which are totally devoid of any form of political correctness. His lyrics are pure Chad, a down-to-earth and irreverent Queensland, Anglo Celtic/Aboriginal country boy of his time just being himself. Many Australian musicians sing and compose as if they were other people living in another country. Not our Chad.
Although I have listened frequently to most of Chad’s stuff, a couple of nights ago I listened on youtube to a song he wrote that I had not heard entitled, “The night I went below.” It was about how he dreamt he visited Hell, and how he overpowered the Devil and escaped from him at a speed that would have broken Herb Elliot’s mile.
Unfortunately, in his dream, he was caught by a sort who had also been sent below. He described her as having overgrown horns and told of how she wanted to marry him so they could produce little devils of their own. That really was Chad’s idea of Hell! When he awoke he was relieved when he realised he had been dreaming, which made him determined not to die. I have embedded the song below.
I have to accept that I also love much in the way of American music, such as the previously shown blues of BB King. Part of me wishes I didn’t, as I'm not a fan of American culture, but the fact is I do love much of their music, so having accepted that fact I simply enjoy it when I can.
One American song that gave me inspiration as a young man was entitled, “ Pamela Brown.” It was written and sung by Tom T Hall. He wrote of how, as a lad, he had dropped his balls over a girl named Pamela Brown, and how Pamela preferred another lad over him because the other lad drove a ute.
I may be entirely wrong, but I’m guessing the song is autobiographical, and if so the rejection must have broken Tom’s heart. The song suggests he didn’t get over Pamela for some time, so rather than find another girl and marry early he roamed around experiencing life as an unattached young man.
As he aged and thought about what may have happened had he not suffered unrequited love at the hands of Pamela, he became grateful to her for rejecting him. He realised that had she not rejected him he would not have experienced the freedom and joy one can experience when one is single and devoid of responsibility. He would have instead lived a mundane suburban life. I have embedded Tom doing his song below.
What made me think about the messages of Chad and Tom, and what then motivated me to write this essay, occurred a day ago after a mate sent me a link to a Canberra Times photo and description from 1972. It shows and identifies a stunningly beautiful 17 year old girl who I had taken out a few months before the photo was taken. To use a modern expression, I was punching above my weight.
She is obviously no longer a girl and is entitled to privacy, which is why I'm not identifying her. For that reason I will just refer to her as “the girl,” as she was a girl when I knew her. She would be turning 63 this year (2017) and is probably a wife, mum and grandmother. Hopefully life has been good to her.


As I do not wish to identify the girl, I’m not going to give the link to the Trove archived Canberra Times page that shows her photo. A very large number of attractive young women had their photographs in the Canberra Times during 1972, and for that reason I don’t mind mentioning that she was just one of them. Other than that, her identity should not matter. The purpose of this essay is philosophical, as in its objective is to argue that apparent misfortunes should always be put into perspective. The implications of what occurred could apply to anyone in similar situations.


In describing her as stunningly beautiful, that is of course only my opinion, as beauty and ugliness are not absolute, whether we are referring to inner or outer beauty. They are nothing more than subjective perceptions.
I met her at Mick Catanzariti’s small and informal gathering to celebrate his 21st birthday. It would have been in September of 1971. Mick didn’t know her. She came along with her female friend and a couple Mick and I knew.
I had a really enjoyable time at Mick’s gathering when I was with her, and I dropped her and her friend home that evening. My mate, Colin Bishop, who had come with me, had by that time linked-up with the girl’s friend.
I took her out the next night, and I got so much pleasure from her company it seemed too good to be true. 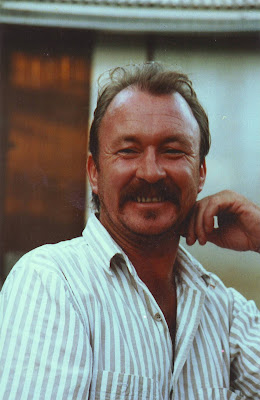 The photo above, taken in or around 1998, shows my old mate, the late Geoff “Fitz” Fitzgerald. When taking “the girl who made the Canberra Times” out in 1971 I first took her to the now demolished Scottish Bar at the Canberra Rex, where we ran into Fitz. Because they had threatened to ban him from the place he told us he was going to have a quiet night, but within a few minutes he was having a scrap with a barman, some of whom were not renown for being great blokes. I had to restrain the said barman because the other barmen were restraining Fitz and giving his opponent an unfair advantage. The girl was drinking Ouzo and lemonade when I was with her. I can’t recall what I was drinking. At that time I had not developed the dislike I now have for alcohol as I had not seen or experienced the damage it does.
As I was dropping her home she seemed keen to see me again, so we arranged to meet at a set time at the Canberra Rex, in the Jet Club.
But, she stood me up!
She may have sensed I was not a normal lad of my age, and my other shortcomings may have also become apparent to her during our night out. For that reason she may have thought it best to ensure the contact ceased.
And if my shortcomings were not consciously obvious to her, it may have just been a matter of chemistry. I say that because on a number of occasions in my youth after I was initially attracted to certain girls, and took them out once or twice, I lost interest, and it was unrelated to the girl’s looks, personality or prospects. It came down to the inner workings of my brain and mind, which were beyond my understanding or control. The beautiful young lady I had taken out may have had a similar experience with me.
She may have also become conscious of the laws of supply and demand, and realised that if she had a relationship with me she would have been underselling herself. With her looks she would have known she was  in high demand and could attract someone who was better looking than me and a proven provider earning good money. All I possessed was a few dollars and a dark blue 1958 Holden FE panel van with a white roof.
Then again, maybe I’m being over-analytical. When I think about it, judging from my conversations with her, it’s more than likely she had far more depth and did not think like I have suggested she may have thought in the previous paragraph.
Whatever the reason, had she had an initial attraction to me it had obviously vanished. And when it’s gone it’s gone! Only fools cannot accept reality, and I have often seen fools persist in such situations, even though those around them could plainly see that the attraction was one-sided.
The marriage game is based on barter. Looks and chemistry obviously play a large part in the equation for most people, as do personality and temperament, but in the case of blokes they usually also need to prove they are either good providers or have the potential to become good providers. Most women want someone who will hang around and provide for any kids they may bring into the world, which is fair enough.
Obviously there are exceptions, as we can easily observe men and women who have badly undersold themselves in the marriage game, but they are a minority, and they often do not know they've got a dud until the marriage has begun. 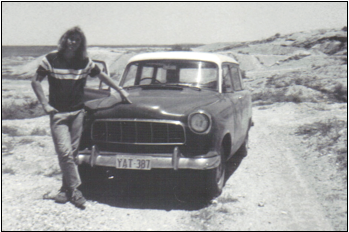 The late Russ Hinze, shown above, became an angel as a result of him becoming a really good bloke just before he died. He often visits me, and he reminds me that he had no problems getting onto sheilas when he was living in QLD as a mortal. And he never suffered unrequited love.
For more mainly Canberra-based yarns hit the Home button above.